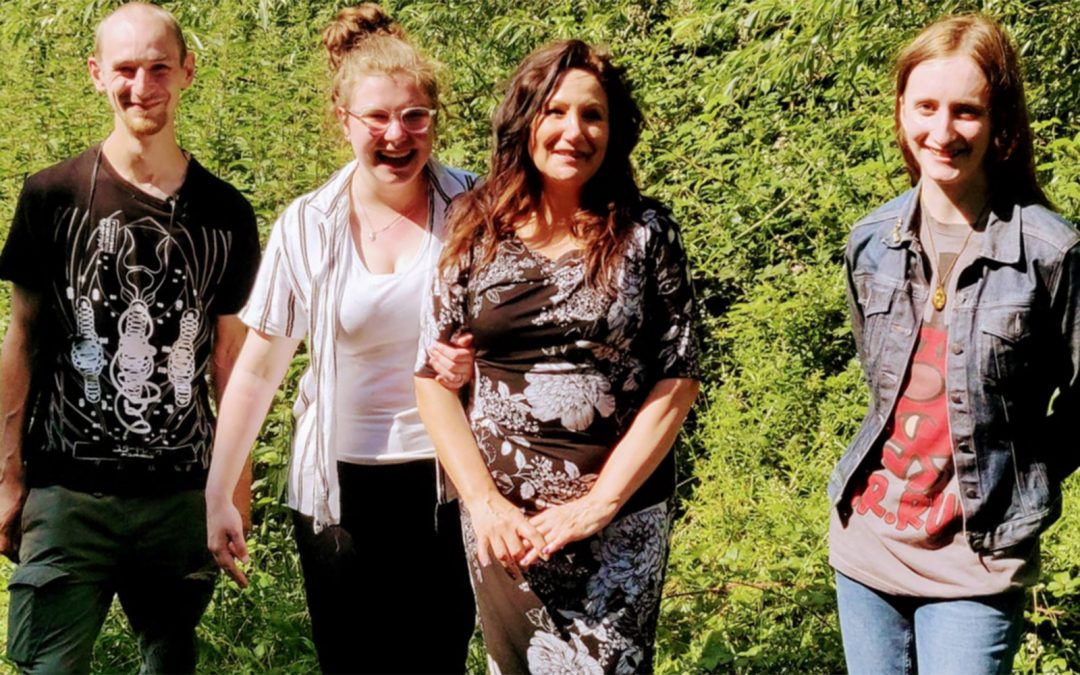 This month we spoke with one of our foster carers, Alayne, 56, who lives in Northamptonshire. As a carer, Alayne has been fostering for four years with AFA, and here we explore her journey into fostering, and some of the challenges she has faced, and the rewards.

So, Alayne, what was it that made you decide to become a foster carer?

Well, what got me into fostering in general was the fact that I was taken into care as an older teenager, and while my foster family really wanted younger children, for them it was a case of ‘you either take her or she goes into a children’s home tonight’ and so I think they were guilt tripped into taking me. However, they were very kind to me and that’s why I wanted to foster teenagers, because of the difficulty placing them.

With regards to the timing of when I became a foster carer, I was a single mum bringing up three boys so I was waiting until they were all grown up and doing their own thing and then I got into it at that point. I’ve now been fostering for four years.

Have you had several placements in that time or just the one?

I’ve had a few placements, and they tend to stay for some time. I tend to go for long term placements, although obviously it doesn’t always work out that way. My first placement, bless her, was just two weeks, and that was quite an eye opener! She was a lovely girl but was so troubled.

Then my next young person came for nearly four years and stayed at school for an extra year so that she could gain what she needed to get into university. A few months before she was due to leave, she moved from me (where she was then under a “staying-put” arrangement), to semi-independent living close by. This meant she could have the freedom, and gain the confidence, of living by herself, but with the security of knowing I was not far away. And, she has now gone to uni!

I had another child who was here at the same time and it kind of overlapped a little bit but that was just for a few weeks and didn’t work as it was a very difficult placement. My next placement was for 18 months, and now my young man is here.

What is it about long term that you prefer to short term placement?

My reasons for fostering are to try and offer somebody another family experience. It’s not that I don’t particularly want short term, but if somebody comes, I would like to have a look at what the issues are and decide whether I’m a good fit or a good pair of hands for the child.

It makes me sad that the children that have left here have then gone through a huge number of placements and it is so destructive for them. What I want to do is stop the cycle of going from one place to another to another, stop the damage that does to children.

So, in a long-term placement I want them to come here and build some relationships and have stability and do some healing, rather than for some kids with each move they’ve lost all their security and stability.

So, over the four years that you’ve been fostering has it broadly met your expectations?

No. To be fair I think all my expectations – good or bad – have been turned on their heads. I think I went into fostering quite naively, to be fair. I think I thought I could be this wonderful magic healer but I found the downside is that I can’t do that.

The upside is that I’ve learned that even when the kids have left, it doesn’t necessarily mean the end of the relationship. The young people that have been here for a period I still have incredibly close relationships with.

They’re still in touch and we still meet up and do things. It’s been difficult because of COVID to meet, but as restrictions lift, I’m spending more and more time with them and that’s not me chasing them ever, it’s always them coming to me.

Can you tell me about a particularly challenging situation that you dealt with?

Gosh there’s so many! I would say it’s probably the girl that was here for 18 months and when she came there were huge difficulties for her. She had to move schools to our little local village school and unfortunately, she faced huge challenges there.

It was a very difficult time trying to support her because she hadn’t experienced racism before. When she started at this school, it began with other children making monkey noises in the classroom and she came home telling me about this and didn’t understand that it was racism. I had to tell her what it meant and it was an incredibly difficult situation that went on for months.

I was shocked how outdated their notions were of race, and when I was trying to address the issue, a teacher said to me that the situation my foster child described that had happened at school couldn’t have happened because the boy she was accusing of racism and bullying came from a good family. I was blown away by that because of all the ramifications of what he just said to both of us in this meeting; how do you go about addressing that, how do you challenge that?

Toni was involved, she came up and stayed in a hotel overnight, and had a meeting with the school, and Ofsted and the police were involved, and as a result there was an investigation into the school for many months and fighting for all that time for this child was incredibly difficult, with many times breaking down and crying, and me trying to get the school to understand the damage they were inflicting on an already vulnerable young person.

However, I think it’s important to say that some of the staff at the school were incredibly supportive, and AFA were instrumental alongside her own local authority social worker in getting Ofsted and other support agencies involved. Sadly, that one teacher who made the off-the-cuff remark about ‘good families’ showed the depth of prejudice and judgment that looked after children may face.

The other side of this was that my foster child and I developed an incredibly close bond because she could see that I was not just another foster carer; someone else who she was with for a few weeks who didn’t really care. She knew that I was genuinely invested in her as a person, not as a mission.

Are you still in touch with her now?

I am, yes. She’s still in touch, she came over at Christmas, she gets someone to bring her over, she’s on the phone to me probably once a week, and it’s a year now since she’s been gone. She will always be part of my life!

And are you in still in touch with your foster carers?

You know it’s funny, when I decided to foster, I got in touch with them but I couldn’t remember their surnames and I’m so old the local authority didn’t have my records, so I put a message out on Facebook in a local group which is where the family had lived.

My foster brother got in touch and said ‘hey mum and dad would love to hear from you’ so I did get in touch with them I told them that I wanted them to know it has come full circle, that I had benefited from their care and that it was one of the only times in my life where I ever had any warmth or stability, even though I was only there for a short time.

It sounds like you’ve had a lot of support from AFA in fostering?

Yes, I have and the time that’s so helpful is through the difficult times. You know when children have gone missing – absconding – it’s usually when there are big issues but I go straight to AFA and they do all the necessary stuff, but on the occasions that a child has gone missing I do have to ring the local authority and let them know.

Because of the support I get from AFA, the children have all developed relationships with my own social worker, which helps if they don’t have a good connection with their own social worker. I have also learned a lot about myself and because of my own experiences I’m able to have that empathy with the children and be more forgiving.

What advice would you give to someone thinking about fostering?

Well, let’s discuss! That’s a hard one, isn’t it? I suppose it depends on your reasons for doing it but without a doubt it’s one of the best things I’ve done.

It’s so rewarding to give young people the chance to turn their lives around, and to give them the environment and the conditions that they need to be able to build confidence. I would say make sure you have plenty of support and don’t be afraid to look for guidance!

Have you enjoyed reading this story? If you could help a child or young person to heal by offering a spare bedroom in a secure and loving home, we provide our foster carers with full training and support and a competitive allowance to care for a child. To find out more and start the process to care for a child, call our friendly team on 0333 358 3217 or complete our online form.