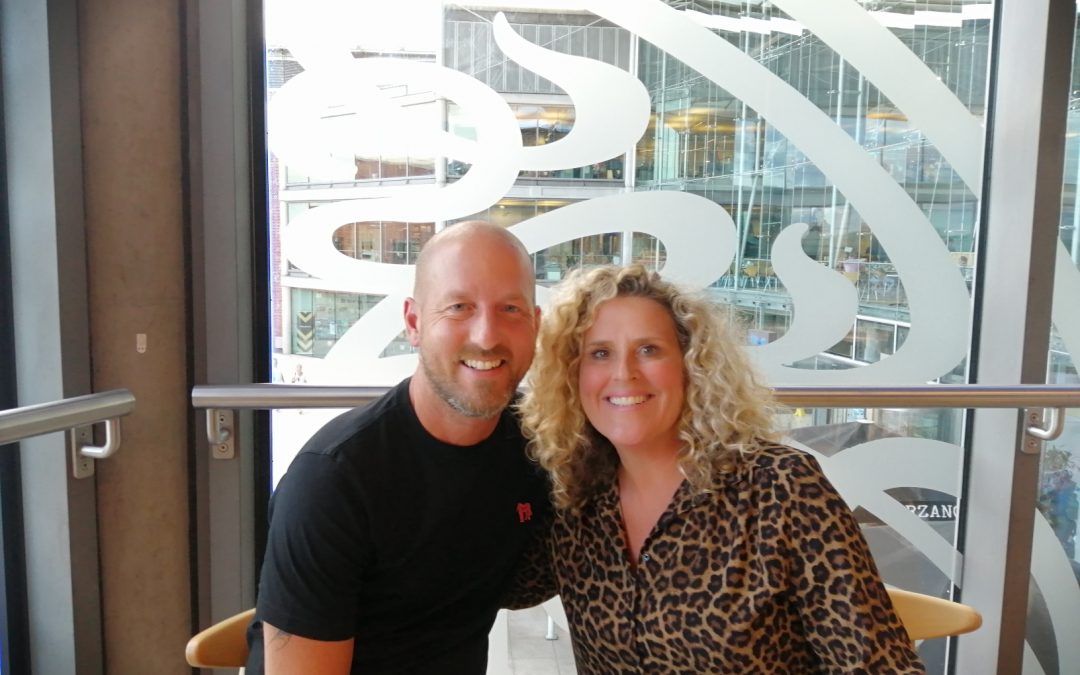 This month we spoke with one of our fostering families, Sara, 48, and Jason, 50, who live in Norwich. As a couple, Sara and Jason have been fostering for just over 10 years with AFA, and here we explore their journey into fostering, and some of the challenges they have faced, and the rewards.

Hello Sara, can you tell me what brought you into fostering?

Well, a good friend of mine got me into it! She was a foster carer already, and we did some respite for her when she had to go away a couple of times and she couldn’t take the young person in her care with her, although usually when you go away you do take the child with you because they’re part of the family.

That’s how we got started, and we got interested in becoming foster carers ourselves and it followed on from there really. Now it will be our 10-year fostering anniversary this year… It’s gone by so quickly!

And how many placements have you had in that 10-year period?

Our first placement was a young lady who came to us on her 11th birthday, and she stayed with us for eight years. Then we had respite with another girl for 10 days, and we then had a little baby for a month.

We’ve now got two sisters with us, aged 11 and 6, and they’ve been with us coming up for a year and a half and they are going to be with us long-term till independence which is great because for us as a family that’s what works best because I’ve got a son who’s 13 so it’s nice to have that stability.

Would you say that fostering has met your expectations?

Oh, above and beyond, completely! Don’t get me wrong, over the years there have been some really challenging times, times when you stand back and think, my goodness what are we doing here, but I think with any job you do, there are times when you take a step back and think ‘let’s look at this’, but the good totally outweighs the challenges.

What sort of challenges have you overcome?

There have been lots of different challenges, and it’s dependent on the children that you have. With Samantha*, at the start her Dad was anti ‘us’ and almost wanted to have somebody to blame and I guess in his mind we were the ones who took his daughter away.

While that wasn’t the case, I understood why he would feel like that and that helped us overcome the challenge, and now Samantha’s 20 and living back with her Dad and they come over and have a cup of tea with me and it’s lovely – but it took a lot of hard work to get that good relationship.

Samantha was quite challenging in the respect that she went missing for a whole night. She just decided that she would go and stay at her friend’s house for the night but didn’t tell us! She also had mental health issues with self-harming, so we had that to overcome together with her.

With Samantha, another challenge was that she has had a lot of different social workers from the local authority over the eight years. Just when you got to know one social worker it felt like you’d gone back to square one again. You just feel for the young children who are in your care because they’re introduced throughout the system to so many different people.

It’s important to keep continuity with the same people as it just makes the whole process much more pleasant but fortunately this time round, we’re having a really good experience from that side of it – you feel protective towards the children as you would your own and you want the very best for them.

What would you say have been the most rewarding moments in fostering for you?

With Samantha, our first foster daughter, what is so lovely is things like on Mother’s Day she’ll send me a present in the post, and she’ll ring me now and say, “I need to ask you a question, I’m stuck with something, and I need your advice”, whereas years ago if I had even dared to give her advice, she’d have told me where to go!

You never quite know what will happen once a child moves on. Samantha could have stayed with us for as long as she wanted to, but she ended up meeting a boy and made the decision to move out and move in with him. That was tricky because you want to protect but you must let them make their own mistakes up to a certain extent.

But she came home and was upset and said, “I really regret leaving and I realise now how much you’ve done for me”, so although it’s sad to see her like that, it’s still really rewarding to know that we have done a good job.

Our son Freddy is 13 years old, and he really takes his role as a foster carer seriously! He’s been amazing the whole way along and I think as a family, it needed to work for Freddy. As a character he’s incredibly laid back, he’s got such empathy and sympathy towards people and a good understanding so it’s kind of worked well with us as a family.

So, you feel that Freddy’s benefited from growing up in a fostering household?

A hundred percent! Yeah, definitely. It’s given him a better understanding of the world and as much as we want to protect our children the reality is not everyone has had the lives that we have. I think it’s important for anybody to understand and realise that sometimes things on the surface aren’t always what they are underneath.

When a child first comes to stay what do you do as a family to try and make them feel welcome?

That’s a tricky one because the amount of time you have before a child comes into your home really varies. When the girls arrived, I had a phone call that morning at ten o’clock to say they were arriving at two o’clock that afternoon so the preparation time that we had was very limited.

I think the easiest thing is to be guided by the child who comes into your home and make it as natural as possible so it’s friendly and not forced. I think the worst thing is to bombard them with questions as soon as they come in.

What would you say you’ve learned about yourself through fostering, Sara?

Well, I would say I’ve learned to choose my battles! I’m quite a neat freak around the home, and Samantha especially was the complete and utter opposite from me. I would go in her bedroom and say, “this is horrendous”, but in the end I had to think to myself it’s her space, and this is my issue not her issue.

I’ve also realised how resilient we are as a family because we have come up against lots of challenges on the way. For me, the worst experience was when Samantha ran away, and we had to have the police involved and automatically it makes you feel like you’ve done something wrong because you’re being questioned. But we got over it and every challenge that we’ve had we try to sit and talk things through and never jump to a conclusion.

What sort of support do you get from AFA Fostering?

Emma is my placement manager, she’s my ‘go to’ person, we’ve got a brilliant relationship! You know when you’re not quite sure about something and you think this is the answer but I’m just going to check it out… we’re good at working things out together.

AFA has been amazing from day one really. Toni was the first person to come round and see us when we started the process, and they’re just always really open to support us if we ever need anything.

If someone came to you saying they were thinking about fostering, what piece of advice would you give them?

We said right from the word go if this was going to affect Freddy in a negative sort of way, he must be our priority. Fortunately, we’ve been incredibly lucky, and he’s got on brilliantly with all the children we have cared for.

There was a time when Samantha was in the height of her stinkiness with all the typical teenage hormones raging when she used to really shout and swear and Freddy found that quite difficult, and we just had to address and deal with it.

I would have liked to have known a bit more about the unpredictability about children moving to your home as sometimes they don’t go ahead. For us, long term arrangements work better because it gives the children in our care the stability they need, but you can’t always guarantee that.

You don’t know who’s going to come through the door, whether you’re going to have a four-year-old boy or a ten-year-old girl as you can’t pick and choose. I think, sometimes in people’s minds they might think it’s some idealistic situation which isn’t always necessarily the case. Expect the unexpected!

*Names have been changed

If you could help a child or young person to heal by offering a spare bedroom in a secure and loving home, we provide our foster carers with full training and support and a competitive allowance to care for a child. To find out more and start the process to care for a child, call our friendly team on 0333 358 3217 or complete our online form.