In conversation with… foster parents Christine and Andy 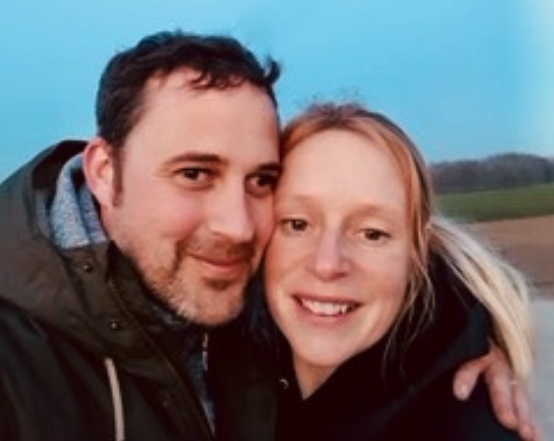 This month we spoke with one of our foster parents, Christine, 42, who lives in north Norfolk with husband Andy and their children and here she shares with us how they came into fostering and what it has been like…

Can you tell me how long you’ve been fostering for AFA?

We’ll be coming up to five years in July and in that time, we’ve looked after three children. We had a little boy for six months and then his sister came to live with us, so we had a brother and sister, and then the little boy went to live with his auntie but his sister stayed with us, so I think that was a bit of a unique situation.

Now we have another little boy who’s been with us about a year and a half, so both children we have now are living with us for the long term. I foster with my husband and my own two children. My daughter is 15 and my son is 17 and the two I foster now are 12 and 13 years old.

What brought you and your husband into fostering?

When I was younger, about 18, I met a little girl who was fostered whose foster mum wasn’t particularly nice to her and I remember thinking that I would love to look after her, but I wasn’t ready to be a foster parent then, but it’s always been on my mind.

Later, I had my own children and became a Montessori teacher and I kind of forgot about it until my children had grown up. At that point I mentioned it to my husband and at first, he wasn’t sure so I left it for a while, and then one day he came up to me and said, “I think I’m ready, I’d like to foster”, so that’s how it came about really.

So, what was it that your husband wasn’t sure about initially?

Well, my husband is stepfather to my two children and it’s quite a big role to be a stepfather and then sort of be a stepfather again in fostering! I suppose he was just scared because he hadn’t had his own children, although we met when my children were very young.

When we talked about fostering to our friends, we got mixed opinions and I remember him saying to me that he’d spoken with some of his friends at work and they had said things like, “they’ll set fire to your house, they’ll nick all your things, they’ll break things…”

I thought that’s not very fair at all but if those comments are coming from people you know, people you trust, then you trust their opinion on it unfortunately. We now know that it’s not the case, and since we started fostering, he’s been an amazing foster dad and he’s really taken to the role really well as well as being a stepfather.

What would you say that you’ve both learned about yourselves because of fostering?

Learned about myself? Well, for me it’s believing that I can do it, that we can do it! We’re so judgmental about ourselves! But we were talking to the whole family and thinking yes, we’re going to go for this, and now we’re doing it, and we’re doing a good job of it as well!

When a child first comes to live with you, how do you help them settle into your house?

Well for one of the children that we look after, he came from a children’s home so it was a little bit different because we obviously did a transition period. He was able to come over for day visits and sleepovers, and this went on for about a month.

We make sure that we find out as much information as we can, which sometimes can be very limited, but we always make sure they have a cuddly toy because it’s something they can hold that’s theirs and that’s really important.

When they come, we try and make it all very calm. I don’t ask them loads of questions, we show them where their room is and show them around the house and try and find some food that they would like; we just try and make it relaxing for them.

When our first little boy came to stay with us it was my daughter’s birthday and he blew out the candles on the cake which was very sweet, and then when his sister came to live with us, she already knew us and she was just so excited to be with her brother!

Can you tell me a little bit about the support that you get from AFA?

It’s amazing support! I have Nikki who is my support worker, and when we have had problems, I just send her a message or give her a ring, and she gets back to me within five minutes. She is always very supportive, not only with me and Andy and our foster children, but also with my own children as well.

My daughter is thinking about becoming a social worker and Nikki has given her loads of information on courses to do and been very supportive. I suppose I’m a bit biased because I’ve never worked for anyone else so I can’t really comment on any other fostering agency or the local authority – but I won’t be going anywhere else!

Can you tell me about any challenges that you’ve overcome in fostering?

A situation that stands out for me was when a little boy came to stay with us, and then went to live with his auntie. That was a really difficult time for us because he was here with his sister, but his sister decided to stay with us because she didn’t want to go to her auntie. We just loved him being with us together as a whole family with our own two children.

As adults that was a very difficult time because as our first placement it was very emotional and a tricky situation to deal with… All the emotions, the tears, the ups and downs, you know, “I don’t want to go”, then, “I do want to go”, but that’s where AFA were very good. They gave us lots of support and advice on what to say and what to do, and now we’ve come out of it I think we did the best we could under the circumstances.

Are there any particularly special moments that stand out for you?

There was one moment at the very beginning when we were told that we were having the little boy coming to live with us. I remember I had to go and collect him in Norwich and I was thinking, “can I do this, are we able to do this?” I remember seeing the foster parent and thinking, “oh my goodness, they look like proper foster carers – whatever proper foster carers look like – I don’t know if I look good enough to be a foster parent!”

I remember collecting him, seeing his little face and him just holding my hand, and then I was walking out and putting him in the car and driving home and just thinking, “oh my goodness we’re doing it!” These little eyes just closed and he fell asleep in the car for the whole journey home.

Another moment was actually a few days later when we took him to the beach. He’d obviously never been to the beach before and he looked so mesmerised, just staring at the beach and at the sea, sitting in the sand, and he kept lifting his hands up to let the sand go through his fingers for about an hour. It looked like he’d never seen that amount of water and space before.

What effect has fostering had on you as a family?

I’d say it’s really helped my children and shown us all that as a family we are very lucky with where we live on a farm and what we have and that we have an opportunity to allow other children to experience this.

It’s not since recent years that our foster children have been more vocal but now if one of my own children says, “I don’t like this food”, my foster daughter will say, “yeah, well try not having any food, we used to have to share a pack of biscuits.” That kind of thing that really brings it home to my kids and I think it’s really made them appreciate that they’ve got it good and not everyone else does.

I do think that fostering has shaped the personalities of my own children although I don’t think I would have wanted to foster when my children were younger because even now, we get “oh, you favour so and so” and for younger children it can be difficult because sometimes I find the foster children maybe do need my attention just a little bit more for various reasons.

I think when your children are younger, they’re not able to understand that, whereas now they’re a bit older I can explain the reasons why and they can understand it and it’s great that we can have that communication.

If you came across someone who was interested in fostering, what would you say to encourage them to do it?

I would say get in contact with AFA! And I have done that, you know, the lady across the road from me said “oh I’m interested in fostering, what do I need to do?” and I said “give AFA a ring and just have a chat with them; just because you’ve given them a ring doesn’t mean you have to do it and at least you can get all the information and you can then think about it at home and talk about it as a family.”

I also think it’s important that the whole family are involved; not just your immediate family but it’s important to get everyone involved, so my dad lives next door to us which is good for support and an extra pair of hands for when you have to go to the doctors or something like that.

It’s just nice having everyone around, all on the journey with us; it’s a whole family thing and the children call my dad ‘grandad’. I have to go to work at 8 but my foster son’s taxi doesn’t come until 8:30 so my dad comes over and they have a little banter which is just nice that it can work out like that!

Have you enjoyed reading this story? If you could help a child or young person to heal by offering a spare bedroom in a secure and loving home, we provide our foster parents with full training and support and a competitive allowance to care for a child. To find out more and start the assessment process, please call our friendly team on 0333 358 3217 or complete our online form