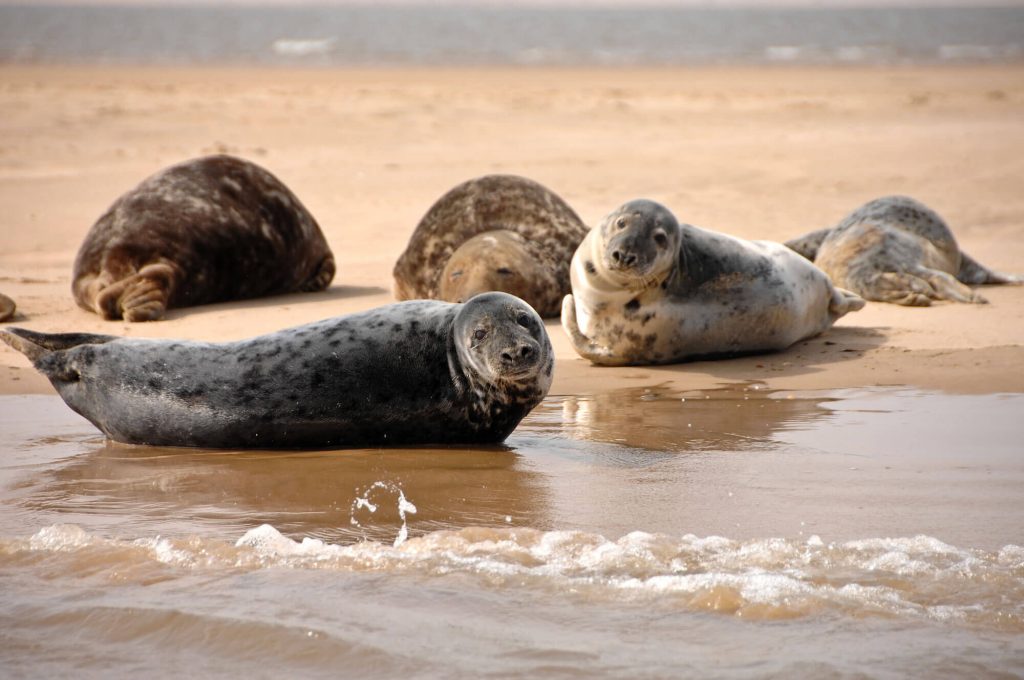 The 2019 summer e-magazine ‘Visit Norfolk’ is now available online at: https://www.visitnorfolk.co.uk/things-to-do and it’s full of great things to do over the summer.

Norfolk is a particularly good place to live if you are interested in wild animals, and there are none so famous (and cute!) as the seals on the North Norfolk coast. The common and grey seal colonies in this area are the biggest in England, with some 2,500 pups born each year. Boats go out to Blakeney Point from nearby harbours such as Morston Quay. Contact Beans Boats on 01263 740505 for more information.

A ‘must do’ event for any visitor to Norfolk has to be crab fishing off the quay at Wells next the Sea or on Cromer Pier. Once you have your bucket, a line and some bait (I’m told fish heads or fatty bacon go down a treat) you’re ready to go ‘Gillie Crabbing!

For those who are interested in birds, the North Norfolk coast is a twitcher’s paradise. Birds from foreign climes have been arriving since early April, many coming from Africa whilst others fly in from Siberia, a round trip of over 14,000 km. Seen at an NWT reserve in the last week; an exotic bee eater, a purple heron and a spoonbill. For further sightings visit RSPB websites.

Holkham Hall has guided bat walks (usually held in the last week of August) where, with the help of a bat detector you can listen out and hear how many of the 18 species in the UK are ‘on the wing’. The tiniest one is the Pipistrelle which weighs only 5 grams (the same weight as a 20 pence coin) and eats up to 3,000 insects a night. Tickets can be bought online or phone 01328 713111.

This is just a small selection of the wildlife that can be seen in Norfolk, and one creature that cannot be left out is the otter. Found throughout Norfolk, they can swim up to a metre a second in pursuit of eels – their favourite snack! Two places well known for sightings of otters are Strumpshaw Fen and Earsham Wetland Centre.

If you can recommend a place to visit in East Anglia or the Midlands we would love to hear from you and, if you take a  photo of any wildlife you’ve spotted over the summer, please send it in to us!