In conversation with… foster parents Zadie and Mark 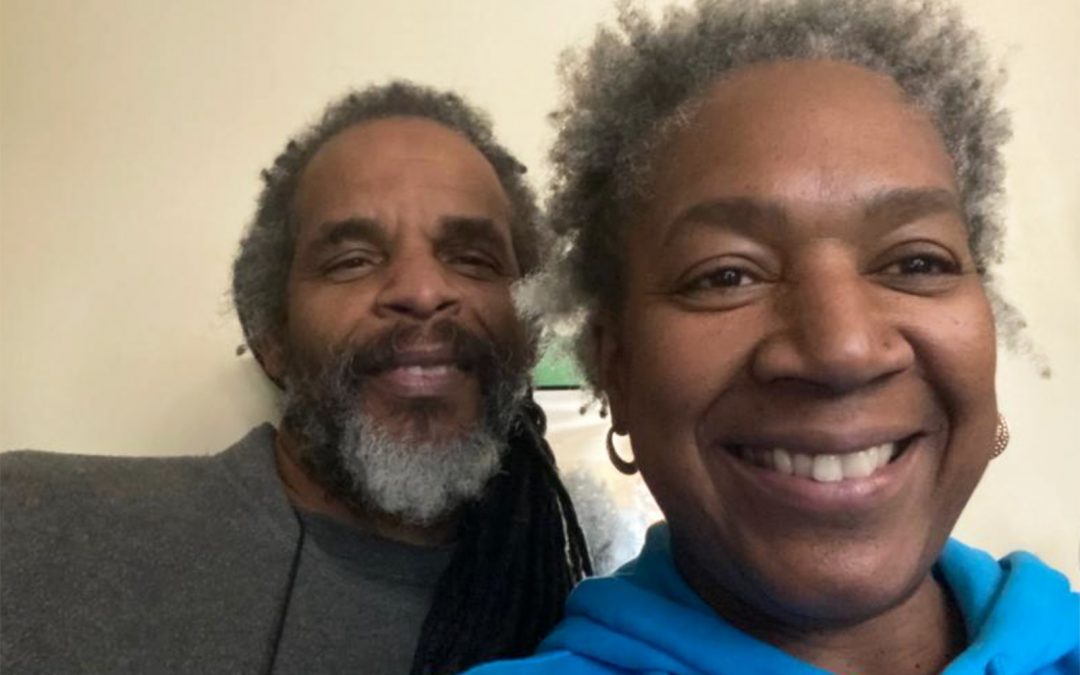 This month we spoke with Zadie and Mark who live in Leicestershire. They have been fostering with AFA for over seven years and here we discuss what brought them into fostering and some of their experiences—with advice for anyone who is thinking of becoming a foster carer.

Hello to both of you and thanks for having a chat with me today. Let’s start with you telling me a bit about what brought you into fostering…

Zadie: “I’d been a nursery nurse so I have worked with children most of my life, and we have a three-bedroom house and we thought we would like to fill it with the laughter of children. Before fostering, we started in 2010 as a ‘host family’ for overseas students from Italy, Germany, and Brazil, and we thought if we can handle children in their teenage years we could probably foster.

As a host family we were paid a small amount per week and I can tell you we weren’t doing it for the money because those teenagers were eating it all up! But it did show us how we would feel around children and young adults.

We’d been seeing adverts for fostering for years but we didn’t think about doing it till we moved to Leicester. Then I spoke to Mark and asked him how he felt about us being foster carers because at our age we can still work with children, and he said let’s go for it.

We rang up AFA as it was the first fostering agency that popped up on my computer when I did a search, and we just wanted to find out more, but we got talking to a placement manager and she said that we seemed to fit the bill, so we pushed forward from there.”

How many children have you looked after in the seven years you’ve been fostering?

Zadie: “I think it’s about 12 young children, yes, the oldest one that came to us was 13 years old, but everyone else was younger than that – apart from our young man from Afghanistan where we didn’t know his proper age.

The child we have looked after the longest was seven years. She came to live with us long-term when we’d just started fostering. Well, she’s 20 now, will be 21 next year, so she’s done her growing up with us!”

So, can you tell me a bit about the highs and lows of fostering?

Mark: “It’s the joy that you get from the kids. You know when you see the happiness come back into their lives and they also transfer that happiness to you, it feels authentic and it’s like your own child and that’s really a joy for me.

The lows would come from the system that we work with. We’ve never had any lows from any of the kids that we’ve had, except perhaps with our young man from Afghanistan who at one point lost his way a little bit and made an allegation against us. That was hard, but we were fully supported by AFA, and in the end he came back from that and regretted it, and became someone who we accepted back.”

What is it like when you’ve got someone new coming to live with you?

Zaidi: “I think there’s an excitement but not always in a good way because you’ve read the information about the child and you think you know all the facts of the situation but sometimes things will come out that weren’t known right at the start. But overall, I think it’s just a lot of excitement for me because I can’t wait to welcome the young person in and try my best to help them build their life again.

It can be quite hard reading some of what the children have been through. Obviously because there’s this piece of paper telling you that the person who is coming to your home has had some serious abuse or some serious neglect, and that frames their life doesn’t it?

At the end of the day, you just want that child to come so that you can sit down and play a game with them or take them to the park or for a meal out. It’s amazing when you look at that child’s face and they say, “my mummy never did this” and it just makes them feel like they are worth something.

I feel great doing it. I’ve taken children to school and I sometimes get little notes from the teacher or have conversations with the head teacher who thinks you’re a superstar and says things like “you know you’ve changed this child, this child couldn’t do this, and now in your care he’s able to do that” – it’s a good feeling!”

Do you think people imagine that fostering is all about hugs and kisses or is it a bit more complex than that?

Zadie: “Well there are some children who don’t want you to touch them or give them a cuddle, or they don’t want to eat from you, or lots of other reasons, but once they’ve got your trust and you’ve got theirs, it’s magical.”

Mark: “Sometimes you recognise when you’ve gained a child’s trust. The child is involving himself or involving you more in whatever they are doing.”

Zadie: “Yes, they will come and sit next to you or, you know, let you give them a hug, and it’s like they’re saying, “I’m getting there… but don’t push it!”

Mark: “All the kids we’ve got so far come from a different social or racial background and that again is a learning curve. It is a hard barrier to break with a child who doesn’t look like you, but when you build the trust and they’re calling you mum or dad or papa or mama that’s a powerful trust that that child has developed with you.”

Do you keep in touch with the children after they’ve moved on?

Zadie: “Well, we do for a little while, but then after that you have to just let them move on. If the child happens to call us then obviously, we will speak to them to catch up.”

Mark: “We are not always able to keep in touch because we might not have the number to call or the family who have the kids are not really interested in calling, because as their new parents they probably just want them and the children to go it alone.”

Zadie: “Yes, we sometimes have conversations, wondering about the children and what they are doing now. I often get reminded of my kids, even today I was at a grocery store and the lady at the till asked after the girls because they used to go in there and cause havoc pushing the trolley around. I was telling her they’ve really got some lovely parents now and are sort of being left to get on with it.”

And have you ever had to have extra help, like therapeutic support?

Zadie: “Yes, I did have a session with one of our AFA team, just to talk about one of the children in our care and what was the best way to go forward. He gave us some helpful advice and to be fair, it worked! It was just about some behavioural issues she had, so we have to make sure we’re doing the best we can in that respect.

We do get a lot of support from AFA, although obviously throughout Covid it was very stressful as no one could come out to see us and hold our hand. Our placement manager Jag has always been my ‘go-to’ so when she’s away it’s not nice not being able to get in touch with the person that knows you really well.”

What sort of things do you think would put someone off applying to be a foster carer?

Zadie: “I think a lot of people are worried of having their heart broken when the child leaves their home at the end of a placement.”

Mark: “I think for some people they don’t necessarily want other people coming into their home to do things like unannounced visits. But when you’re fostering you have to be open for everybody coming in.

Also, the transport situation can be hard. It’s hard to do fostering without a car. You’ll find that you have to transport kids all over the place, taking them to contact with their birth family.”

Zadie: “Yes, also contact can be a bit tricky. It generally depends on where you have to go, so we live in Leicester and sometimes some of the contact is in Coalville or Derby or somewhere like that. The children don’t always want to meet their parents and it depends on what they’ve been through, but I think most of the children that we’ve had have been happy to see their parents. Some will run in and see their mum, others will ignore their parents to start with, and I think that’s just to show them “look what you’ve done to our family, you’ve made us go into foster care” but then at the end of contact they’re hugging and kissing and saying “seeya soon!”

Mark: “You also have situations where you turn up to contact with the children and the parents aren’t there. We haven’t personally experienced that, but we’ve had others tell us about it and it breaks the child’s spirit. It’s really heart-breaking for them and it’s hard for the foster carer because they’re doing their best, but then you’ve got to pick up the pieces.”

What would you say to someone who is thinking about fostering to encourage them to do it?

Zadie: “Well, it’s not about ‘rewards’ but we do say rewards because it is rewarding. At the end of the day, you’ve taken the child from ‘gruesome’ and tried to set that child straight before they move on.

I think Mark and I are probably the bubbliest people in the world… you know we’re out all the time, everyday we’ve got some activity going on, so there’s not enough time for the children to feel deflated, whereas if they go to a foster placement where the carer says “go to your room” or “go and watch telly” it means they will just sit around and ruminate.

You’ve got to be prepared to get up whether you want to or not and entertain the children in your care… it’s as simple as that really.”

If you could help a child or young person to heal by offering a spare bedroom in a secure and loving home, we provide our foster carers with full training and support and a competitive allowance to care for a child. To find out more and start the process to care for a child, call our friendly team on 0333 358 3217 or complete our online form.